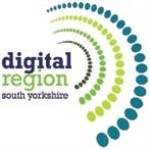 The project was announced in the Government’s 2009 budget statement with the project going live on the 29th April 2009.

The project has been driven by a partnership between Yorkshire Forward, Sheffield Council, Barnsley Council, Rotherham Council and Doncaster Council and has attracted over £90m of funding from European Union, the partners and the private sector is the first of its type in the UK, and puts the South Yorkshire region right at the centre of Digital Britain.

Digital Region Ltd procured a technology partnership led by Thales UK and including Alcatel-Lucent and KCOM, to design, build and operate the Superfast Broadband Network on behalf of Digital Region.

5 responses to “Public Own”